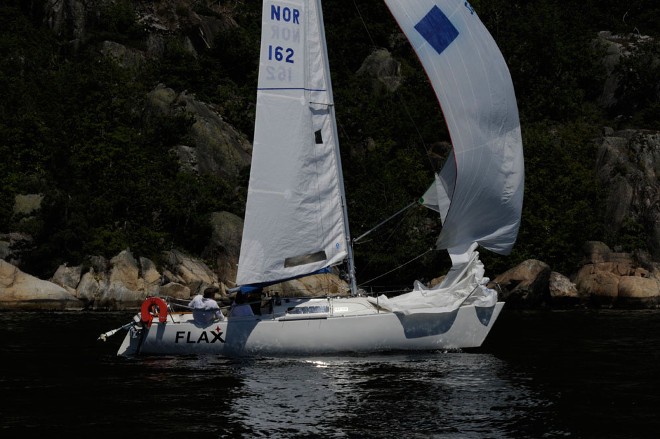 Well not really when it comes to sailing. But today it felt like it when doing the boat preps on sunny Gressholmen island. But spring has been very late and theres still quit a lot of snow. But nothing can stop us now :) 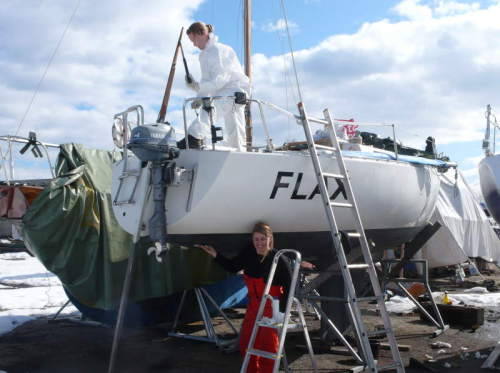 Siri is fairing the hull and Mona is laquering the tiller and other wooden parts. 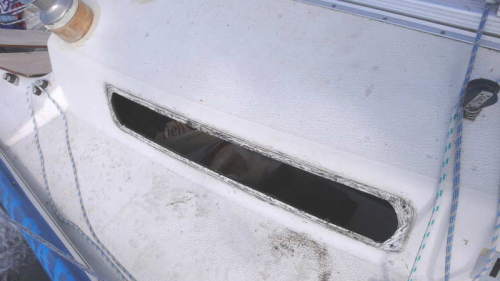 The leeking windows are out and will be replaced. 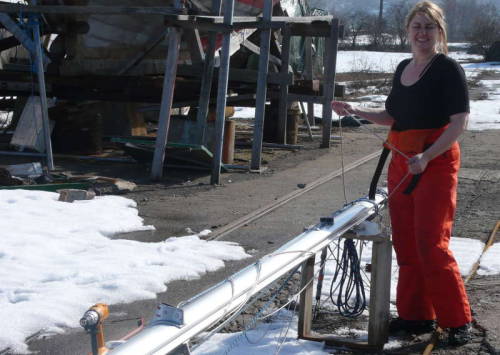 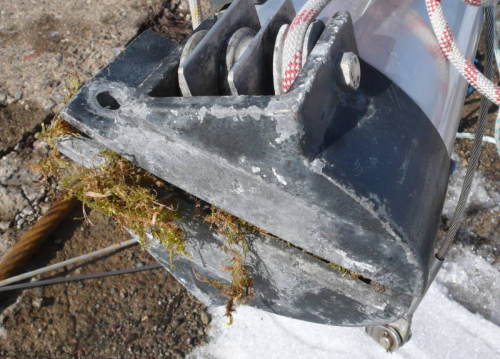 I found a small biotope of moss in the bottom of the mast. Its about time to get to sea!!!

Vi won our class with 14 boats in the Oslofjorden Rundt race.

70 boats participated over all, many very hot and mean machines.

A fun race but a bit toomuch of reaching in the easterly wind. The wind was shifitng a lot boath oscilating around the north easterly main direction and in strengh. This made some of the legs quite challenging when it comes to the trimming. Everybody did a great job and there were no big errors in the tackticks.

Sunday we launched FLAX. So now only details are left before she is ready for the first sail of the year.

I bought a tiny little onboard camera. it can take 5 mb images manual or automatic every 2 or 5 seconds and also one hour with video with its super wide angle lens.

Looking forward to test it. 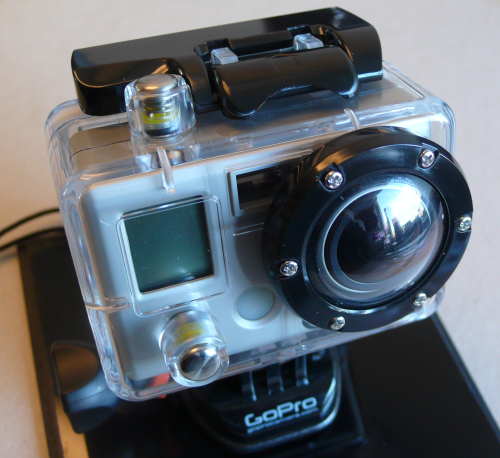 Here is th elittle thingy. it has a polycarb housing that is guaranteed to 10 meters.

Im thinking of mounting it in the back.

We had a fantastic Færder race with brilliant condition. The weather was in the end not too bad and we only had a short period in the start when it was raining. We started at the middle of the line. This is where we did the biggest mistake of the day. We actually were over the line which gave us a 2.5% punishment. Didnt realise this before at the finish when looking at the results.

Winds were from north all the race and we went with spinnakker all the way to Hollender.

The boats that started at the lee end of the line and kept that lee possition all the way to Slemmestad the first buoy did the best. We did go to windward to get free wind, but this was actually not a good plan.

Then we did small errors all the way. We didnt really sail according to the currents. Next year we need to get the current maps again. I was kind of not trudsting them because they did not mach reality earlier years, but well, they seem to be quite accurate. Through the Drøbak sound we were happy to have great sailors like Tor Eriksen and Mathias Friis behind us. They cought us in the end of the sound and we tried to catch up.

In Breidangen when the fjord opened we sailed to the west. This was probably not ideal, but we left some others who were more in the middle of the fjord behind. At Bastøy we sailed close to the shore and then broke off towards the middle but just a bit too late. This is when we passed Tor in Calypso. We went to the middle and quite straight towards Hollender the southerly rounding point.

Despite a somehow desperate spinnakker take down (the lighthouse came up suddenly very fast) we manged to squise between a boat and the concrete of the house and spinn off and we left a whole bunch of boats behind.

After Hollender it was four and a half hour of upwind sailing. We rounded half past eleven and because of the cloudy conditions it was quite dark for a Norwegian midsummer. Well this is embarrassing: the charts didnt show all the way to Hollender! Bad planning! I know the area quite well and knew of the rocks close to the shore but not good enough to dare to go close  which we actually should have done to avoid the current and the waves. But all in all we got a very nice trim and fast sail up to the finish line. At Åsgårdstrand the last rounding point we left a brand new X-37, an Old and beatyful Carrerra Helmsman and a Banner 28 behind us! sometimes you wonder.... These boats have a much higher rating than the Express.

Well we ended up on a 21st place of 40 boats but if we disregard the 2.5% punishment we were on 17th. I think that we can count with this and hence we achieved the goal to be in the better half of the fleet. We sailed 15 minutes faster than Calypso and not far behind Xania and some other boats that normally sail very well. So the Express class is really competitive and its well done by our friends in the club Rock All who won with Impuls on a second and Xdama on a fourth. Its amazing. We learned a lot and hope to do better next year.

BTW congrats to Siri the skipper of Beenis Fire and Preben who got a third place in the Maxi77 class. Also Mathis with Spurven and his new unfair handicap did actually very well with a 12th place in LYS 1,07-1,12.

I added some videos from youtube, will eventually add our video, its funny with our fishing hats in the rain but also informative to see the trimming errors we do. we need to go through the basics of spinntrim again. But thats the fun part of sailing : always something to learn and a failure to regret :)