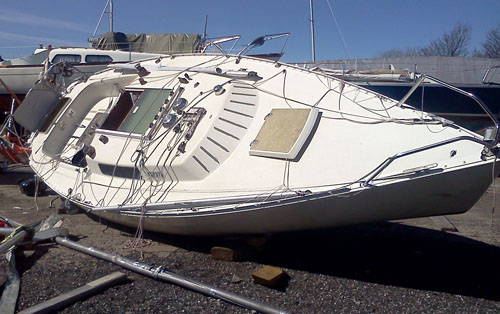 Another season is over, the boat is out of the water and stored on Gressholmen for the winter.

It has been a very good season:

We got a second place in Bundefjorden Rundt and a very nice over all placement with a fourth place.

We won in Sætrekruset with a very good margin.

and we won OSF autumnregatta with four wins of seven races, this also qualified for the district championship.

Not to mention 7th in Færder race which is probably our best achievemnt.

The placement in the club cups are not very impressive, due to too much DNS. We plan to do a better effort next year! Now winter is coming and we look forward to the next season but first quite a long list of repairs and maintenance.

I have just signed up for a new and fascinating regatta, the Watski TwoStar Coast regatta.

This is a new addition to the magnificient doubble handed Watski Twostar regatta. This regatta has been classified on level 2 which means large investments on security systems in addition to expensive security ceritficaitons was needed. Also all boats needed to be above a certain rating making participation from little guys like us impossible.

The coast race is similar but one legg shorter, it goes from Hankø to Arendal and back and the security requirements are more "normal". All boats with short-hand rating above 1.10 are allowed so here we go!!! (ours is 1.11)

So far only a few have signed up, i think because many people still dont know about this new format. Check it out here: 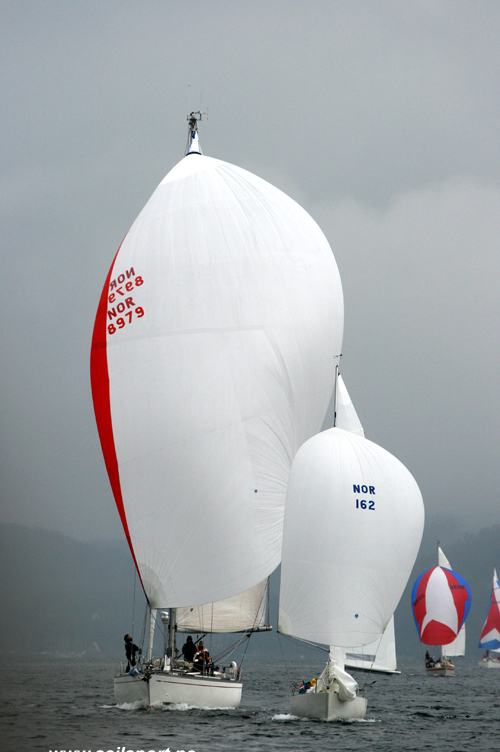 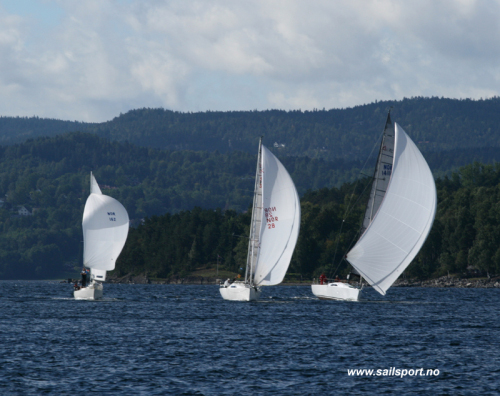 This summer has been successful for us: in June we won our class in Sætrekruset. Though this is a less serious race there are some pretty good sailors participating every year and winning was great!!!

In August we were sailing the autumn regatta of Oslo Seilforening. We won the seven races with 1,3,3,4,1,1,1. Its the first time we had such success in a cource race (baneseilas). Also we were reduced to two since Siri was ill. The wind was building on Saturday and bit too much to keep in front of the dragons who benefitted from stronger winds, but the last three races on sunday were perfect, the wind was less. We almost missed the very last bouy because they moved the windward mark and we were not observant enough, though the signaling was according the book.

This was also the second chapter of the lokal championship of Oslo and Akershus. (Kretsmesterskap) the results were announced with us second. In the first chapter , Bundefjorden Rundt, we sailed express class and this did not count. But later it turned out to be an error by the race comittee, the winners did not even participate in Bundefjorden Rundt. The error has been rectified and we are officially district champions in small LYS-class.

Mentioning Bundefjorden Rundt we came second in our class (Express) and four over all so moraly we have really deserved the price :)