Today wednesday the 20th may we sailed the club race with a totally new configuration and the crew experience was basically that three of four were very fresh in their roles. Although Siri has quite some experience now it was the first time on the fordeck.

It was a fresh breeze maybe 6-8 S/M and the boat handling was quite demanding with 3 spinnlegs. Except a serious error in navigation which brought us from the leading pack to the trailing end of the Expresses it all in all went without big errors. A lot of commmunication was needed, but the spinnaker sets went really smooth and two of three take downs went nicely as well. Even some of the jibes were acceptable.

It was a great learning afternoon and everybody was very happy. Preben watch out your kingdom on the foredeck is threatened!!!

All crew did a geat job but the hero of the day must be Siri.

We thought we had a good start on the line but check the video. Actually we were 20 secs late!!! The video starts with the one minute signal.

Here are some images: 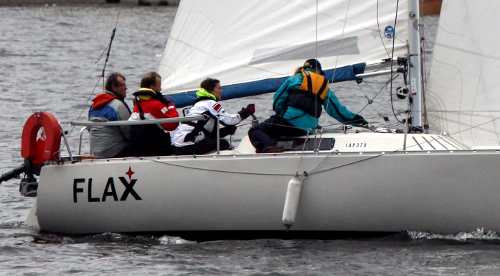 Who forgot the fender?? 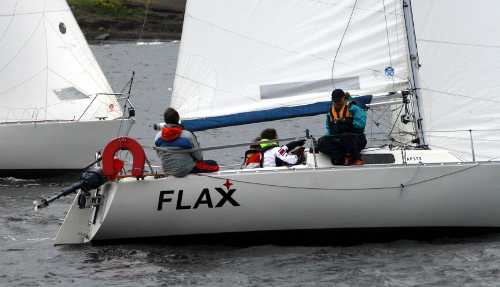 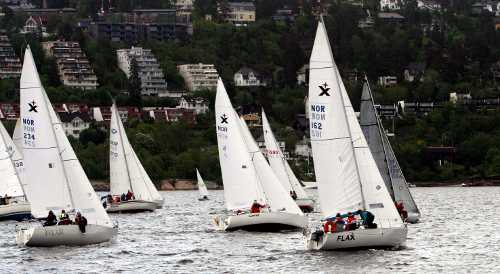 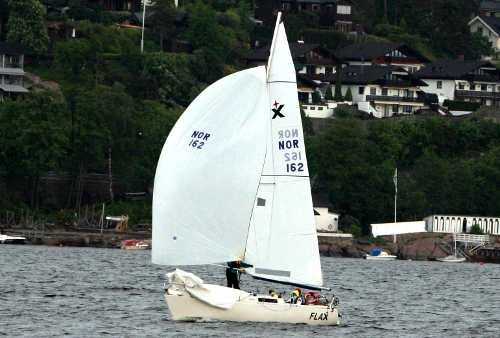 And after rounding 6 three times and Zero two times we are at the finish. 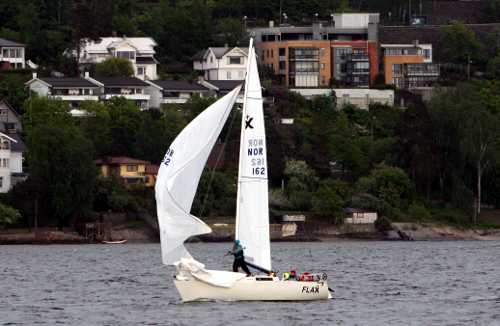 Spin is down and we sail to the dock. A great wednesday afternoon!